The Information Required for Registering the Proposed Citizens' Initiative

The verification is complete 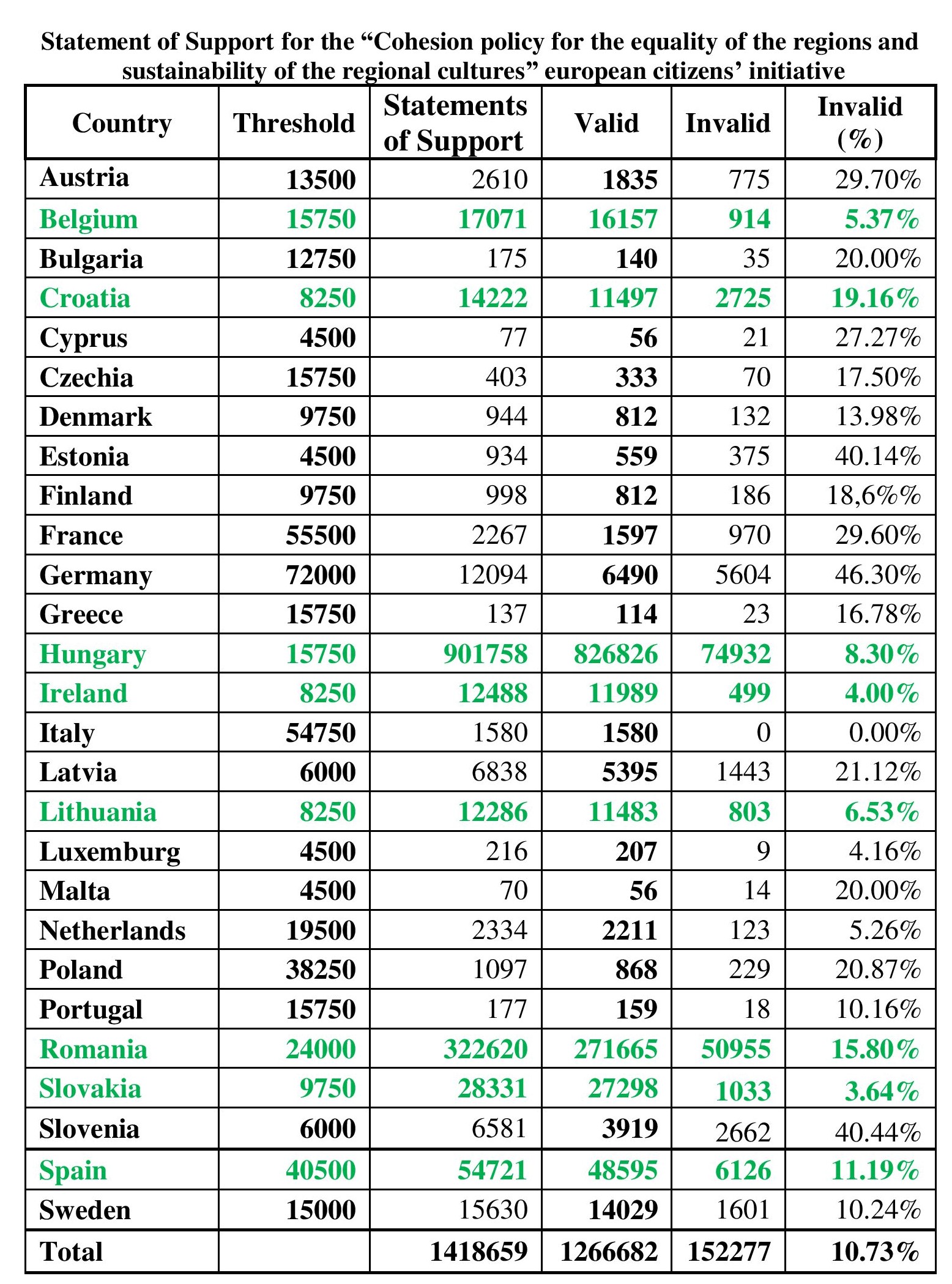 Yesterday, on 20 December 2021, the verification of the signatures of the European Citizens' Initiative for the Equality of the Regions and the Sustainability of Regional Cultures was completed. The organizers have been informed by the Hungarian Elections Committee that the Decision, according to which 826,826 of the 901,758 signatures are valid, with the certification included within, has come into force. Two days prior, reports on the number of valid signatures were received from Portugal and Cyprus as well, and with this, the table of signatures from all 27 EU Member States, which is part of this notice, is complete.

When we registered the citizens' initiative, we spoke of a new theater of battle opening up should it become successful. This has now come to pass. The people of the National Regions have now been given new means to boost the economy of their homeland while preserving its regional identity. But the European Union's cohesion policy too can be updated in order to achieve the objective set out in the Treaties, without gaps in the legislation or prejudice to the EU's fundamental values: “In order to promote its overall harmonious development, the EU shall adjust and pursue its activities in a way that lead to the strengthening of its economic, social and territorial cohesion.”

The Press Service of the Szekler National Council
Sepsiszentgyörgy, December 21, 2021