Decision 3/2020(II.25.)OGY of the National Assembly
on the European Citizens' Initiative "Cohesion Policy on the Equality of Regions and the Sustainability of Regional Cultures" 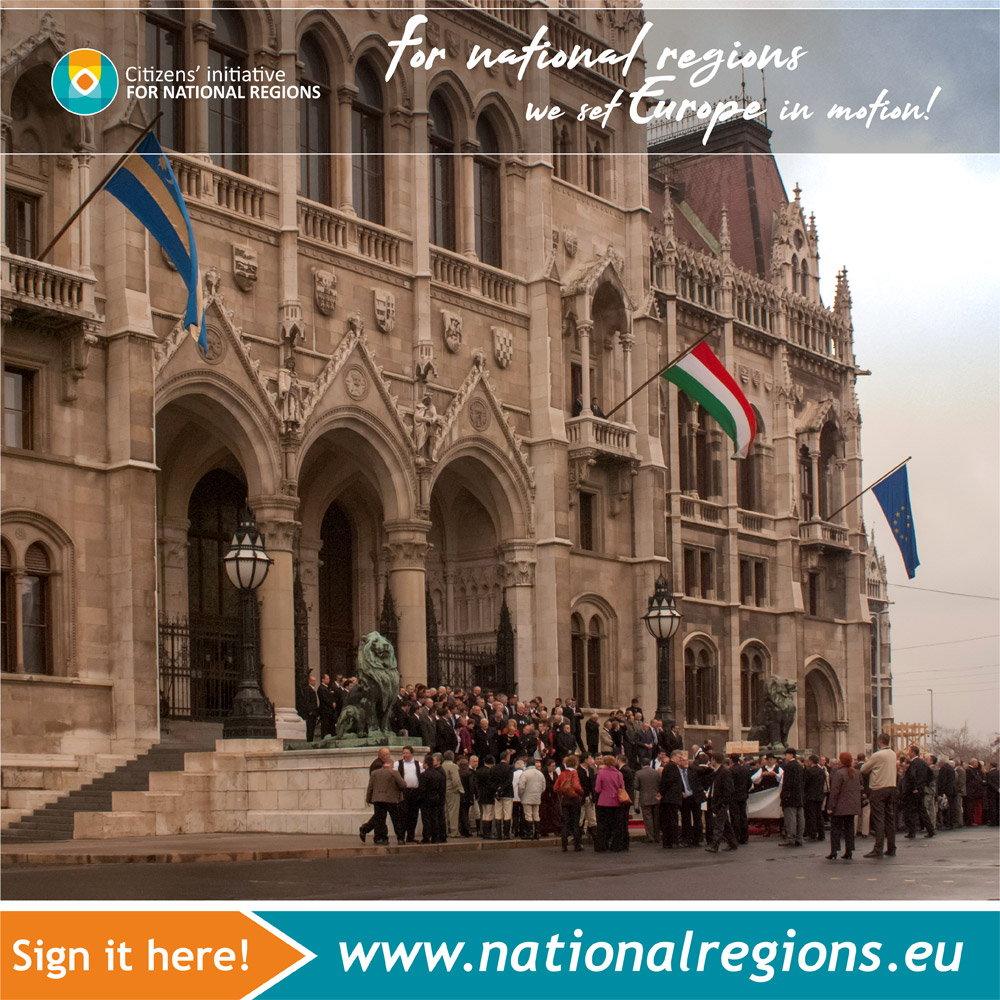 With regards to your letter, registered as number 16/20.06.7014 we inform you that we reserve our position expressed in our letter from May.

With regards to your request to the Prime Minister to withdraw Romania’s application to intervene in case T-529/13, we would like to inform you that the application to intervene in this case, submitted to the General Court of the European Union is purely procedural, and it’s purpose is to prevent the extension of the competences of the EU through judicial means, to areas that fall under the sovereignty of the Member States, such as the protection of the rights of national minorities. We consider that the treaties do not provide the EU any competences in this area, as we made it clear also in our written motivation submitted to the General Court of the European Union on the 25th of June 2014. We greatly appreciate the institution of the European Citizens' Initiative, which is defined as a tool that can contribute to the strengthening of democracy in the European Union, and we encourage the use of this tool by the EU citizens. However, we cannot accept the use of this tool in order to expand the rights of the EU, as laid down by the treaties.

On this April the 14th this year, as representative of the citizens’ committee which launched the citizens’ initiative titled “Cohesion Policy for the Equality of Regions and the Sustainability of Regional Cultures”, I’ve requested you to withdraw Romania’s application to intervene in case number T-529/13 of the General Court of the European Union. In Your letter, dated August the 1st You rejected our request, with the claim that the purpose of the intervention is “preventing the extension of EU competence through judrisdictional means to areas that fall under the sovereignty of the Member States, such as the protection of the rights of national minorities”.

Related to this, we would like to stress that:

With due respect
Izsák Balázs
President of the Szekler National Council
Targu-Mures/Marosvásárhely, the 14th of August 2014

The Covasna decision indicates that municipalities in the county have realised the importance of SZNT's initiative aimed at achieving increased European focus to ethnic, cultural, religious, or lingustic minorities, the attorney said.

SZNT head Balazs Izsak and Attila Dabis, the council's secretary for foreign affairs, filed the suit last August after the EC had turned down SZNT's appeal for registration of the civil initiative under which SZNT could have launched a signature drive. Under European rules, one million signatures in support of an initiative are required for the European Parliament to pass relevant legislation.

Sobor said that similarly to Szekler Land in Romania several other European regions are characterised by ethnic, cultural, religious, or linguistic features, and said that other parties may also indicate their wish to get involved in the procedure supporting one or the other side.

Earlier, Slovakia, Greece, and Romania applied to join the EC in the case while Hungary supported SZNT.

The interest expressed by those countries in the case also proves that the issue is an all-European one, to be discussed at European forums, Sobor said.

To: Balázs-Árpád Izsák, Attila Dabis
Subiect: Your request for registration of a proposed citizens' initiative
Title: of proposed citizens' initiative: "Cohesion policy for the equality of the regions and sustainability of the regional cultures"
Date: of request for registration: 18/06/2013 European Commission
The Secretary General
Brussels, 25.7.2013
C(2013) 4975 final

I refer to the request for registration of 18 June 2013 of a proposed citizens' initiative entitled "Cohesion policy for the equality of the regions and sustainability of the regional cultures".

As stated in Article 4(2) of Regulation (EU) No 211/2011 of the European Parliament and of the Council of 16 February 2011 on the citizens' initiative, the Commission shall register a proposed citizens' initiative Within two months from the receipt of the relevant information, provided that the following conditions are fulfilled:

The Commission has examined your proposed citizens' initiative to ascertain Whether it meets these conditions as laid down in the above-mentioned Regulation.

I regret to inform you that, further to this examination, the Commission hereby refuses the registration of this proposed initiative on the grounds that it falls manifestly outside the framework of the Commission's powers to submit a proposal for a legal act of the Union for the purpose of implementing the Treaties.

The in-depth examination of the provisions of the Treaties that you suggested and of all other possible legal bases has led to this conclusion.

The main objective of your proposed initiative is to ensure the "equality of the regions and sustainability of the regional cultures" by paying "special attention to regions with national, ethnic, cultural, religious or linguistic characteristics that are different from those of the surrounding regions". You propose Articles 2 and 3 of the Treaty on European Union (TEU) as Well as Articles 153, 167, 170, 174, 176, 177 and 178 of the Treaty on the functioning of the European Union (TFEU) as possible legal bases for your initiative.

In order to reach this Objective, as described in the request for registration and the background document, you propose that the requested legal act includes three precise points aimed at, namely:

With regard to the first point, neither the Treaty on European Union, nor the Treaty on the Functioning of the European Union provide a legal basis for adopting a legal act allowing to ensure that Member States fulfil their international commitments regarding national minorities.

According to your request, the second and third points above are necessary in order to pay special attention to the regions concerned in the context of the EU cohesion policy. However, any measure adopted under the cohesion policy legal bases of Articles 177 and 178 TFEU are limited to achieving the objective of strengthening economic, social and territorial cohesion as referred to in Article 174 TFEU. Promoting the conditions of national minorities cannot be understood as helping to reduce "disparities as to the level of development between regions" and underdevelopment of certain regions, as set out in Article 174(2) TFEU. In that respect, the list of "disadvantages" set out in Article l74(3) TPEU that trigger an obligation to pay "particular attention" to a given region is exhaustive. Therefore Articles 174, 176, 177 and 178 TFEU cannot constitute legal bases to adopt the proposed legal act.

Irrespective of their field of action (thus including that of cohesion policy), the Union institutions are bound to respect "cultural and linguistic diversity" (Article 3(3) TEU) and to refrain from discrimination based on "membership of a national minority" (Article 21(1) Charter). However, none of these provisions constitutes a legal basis for whatever action by the institutions.

In addition, Article 2 TEU cannot be a legal basis for proposing legislation. Articles 153, 167 and 170 TFEU cannot either constitute legal bases for the proposed legislation as it would not contribute to any of the objectives of the policies set out in these provisions.

In conclusion, the Commission considers that there is no legal basis in the Treaties which would allow a proposal for a legal act with the content you envisage.

For these reasons, your proposed citizens' initiative falls manifestly outside the framework of the Commission's powers to submit a proposal for a legal act of the Union for the purpose of implementing the Treaties.

Should you wish to appeal against this decision, We would like to draw your attention to the means of redress available.

- Bring proceedings before the General Court under the conditions specified in Article 263 of the TFEU; or

- If you wish to complain about maladministration, file a complaint with the European Ombudsman under the conditions specified in Article 228 of the TFEU

Please note that this letter will be published on the Commission's website for the citizens' initiative in order to inform the public of this decision in a transparent way.

This morning the initiative was supplied to the European Commission, using the online possibility offered by the Commission.

The Commission confirmed this through an email sent to Mr. Balázs Izsák, the representative of the citizens' committee. They also communicated, that the initiative will be examined and at least on the 18th of August the initiators will receive an official answer, whether the initiative complies with the formal conditions and therefore will be registered.